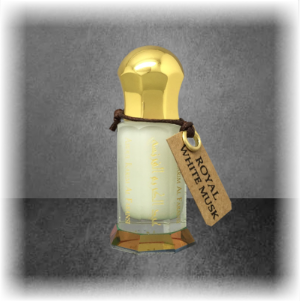 Except for Narciso Rodriguez I can't think of any other mainstream perfume house obsessed with musk. Go to niche and indie there is a definite love of musk there with quite a few specializing or putting out their magnum opus scents based on a beloved type of musk. If you were to take a survey of these magnum opus musks I would say probably 80% would be their idea of the perfect white musk. White musk may be the most known and liked of the musks, with good reason, it is easy, likable, and usually melds perfectly with wearers. There is a reason why people will devote time and effort to finding the best variation of it. It is the reason that when you look at mainstream releases of the last ten years a good chunk of them list white musk as a note. White musk has also been degraded to a screechy hot mess in many mainstream perfume releases. In niche and indie white musk is usually not all that innovative and especially in some large niche houses it is put out as a money making offering that really you are paying for the name of the house, not the perfume because if you really had smelled it you would have realized you could have probably gotten this perfume at your local health food store for about $15. My point is white musk is a ubiquitous, much maligned note. Finding a perfumer who elevates it to something more is rare.

Royal White Musk by Al Faransi is for me one of those rare elevated white musks. This is the musk for those that have been looking for an erudite, intellectual, refined, and tasteful white musk. There will be no accusation of cheap white musk with this scent. 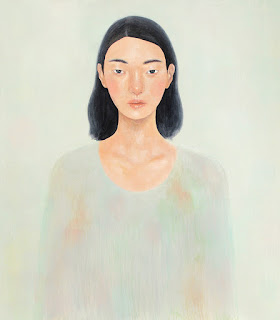 Instead wearing this is finding yourself surrounded by the perfect melange of clean florals, creamy but pristine musk, and refined sandalwood. There is no laundrette quality to this musk rather the suggestion is the immaculately recently bathed. Yet, before you go on thinking that this scent is cold and unapproachable it isn't, no this is quiet tasteful serenity. This is clearly a scent meant to be worn anywhere, the point is the wearer will simply be known for smelling very good.  Royal White Musk is the other Al Faransi offering that I think deserves a following. It wouldn't surprise me if some sort of fashion maker found this offering and made it the "it" cult musk. Royal White Musk is a scent that is waiting to be discovered by a larger audience.

Try if you like white musk, Clair de Musc by Serge Lutens, Musk to Musk by Montale, or Essence by Narciso Rodriguez.

Jennifer, I don't know if you've had a chance to try anything else by Al Faransi, but the line is simply STUNNING. I don't know your taste in perfume (please excuse me, I'm new to the blog), but if you like rose, let me suggest Jakarta - a sharp saffron/rose with a beautiful sandalwood dry down. If you like pungent leathers, Mulhallat Al Farisi smells like the essence of pure leather - if you could bottle it.

I've seen ScentOfAbricots around, but never read anything until I saw the mention of this house. What a beautiful little corner of the internet!

I hope all finds you well.

Thanks so much for commenting. I've actually reviewed quite a bit of the Al Faransi line and completely agree with you that the line is stunning. I'll definitely have to keep your suggestions in mind when I do my next Al Faransi sample order.

Glad you found this little corner of the internet :-). I'm always curious how far this little perfume blog goes in the online world.

I have enjoyed reading all of your reviews on this line....and looking into the line am happy to see that the prices are reasonable too!

The prices for this line are incredibly reasonable.