End of the Year Fragrance Thoughts and Ideas for 2016 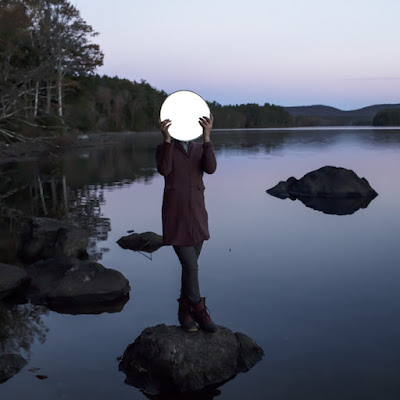 2015 was is/was a giant year for me. The first quarter of the year had some serious family issues that at times intensely broke my heart. All of this in the whirlwind of completing my certificate program. The second quarter of the year was the experience of moving in with my fiancee (boyfriend at the time) while continuing the manic pace of my certificate program. The third and fourth quarter of the year was a blur of school, disastrous internship issue that then left me scrambling to find another internship to complete before graduation this December, and the wonderful and intense elation of getting engaged. This year was intensely heady mix of what felt like extreme ups and downs. Somehow I kept this blog going which for me is pretty good :-).

Looking back at my perfume blogging aspirations for the year I did pretty much what I wanted to do. I kept blogging, I focused on California perfumers, and I felt like got to do some fun posts. Did I post every week, nope, but lets be honest I simply did not have the time, nor do I think I ever will have that time or focus to do so.

As I think about the year ahead I realize I will probably do more thematic post series. I love them, I love finding the interconnected-ness of perfumes. I deeply enjoy focusing on a single note and smelling the many variations and interpretations that can be found in perfume when using it. I think I would like to explore more Etsy perfumers, so if you have any suggestions for this please post below. I will probably continue my exploration of California perfumers. I want to continue finding gems that have flown under the radar. Also, I want to explore more notes. I think I may have finally done enough rose sniffing for awhile. I am going to continue to search for a new everyday musk perfume considering my bottle of Egyptian Goddess went bad and I don't want to repeat it.

I hope everyone is ending the year in a better place than where they started at the beginning of 2015, I know for once I am. If you are not I hope soon everything will calm down enough to give you some breathing space and clarity. Best wishes for the New Year, Jen.

Image Cig Harvey
Posted by Unknown at 7:24 AM 10 comments: 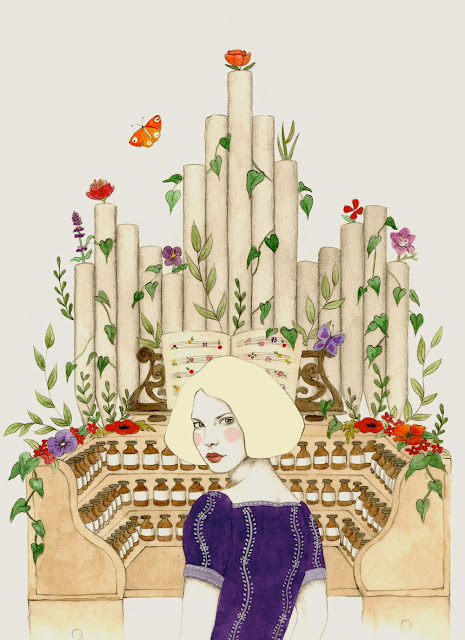 These are the scents I found myself enjoying and wearing this year the most. Some are new, many are old, I'm simply not one to keep up with the new

Santal Majuscule by Serge Lutens
Years later I finally try this fairy tale ode to sandalwood and rose. Romantic and glowing this scent is serenity and sensuality wrapped together. Works equally well in heat and cold, easily a work horse scent for me.

Ninfeo Mio by Annick Goutal
A late find in the year but utterly original in the fig category and I can't wait to write more about it. A creamy tart green.

Un Jardin Apres la Mousson by Hermes
I love this weirdo of a scent. A tart and tangy watermelon scent with vetiver and cardamom.

Lolita Lempicka L'eau en Blanc by Lolita Lempicka
A powder puff of almond, raspberry, iris, and white musk all with hints of the original LL's violet and caramelized anise and vetiver.  Perhaps the best flanker find of the year for me.

North by MikMoi
Such a lovely romantic spring promise, crystalline flowers that glow. And look a scent that was actually released in 2015.

No.19 Warm Carrot by Cognoscenti
The best warm embrace scent I have tried in awhile. The scent of warm spices and carrot has never smelled so good.

Ao by MikMoi
Still loving this a year later. I still consider it my favorite genius aquatic tropical scent.

Vanille Botanique by DSH
The big diva vanilla that I did not know I needed until I tried it and then well I was completely smitten.

So that's what I wore the most frequently or had immediate utter love for. Some repeats form last year but a whole lot of new in the sense they were not in my wardrobe previously. 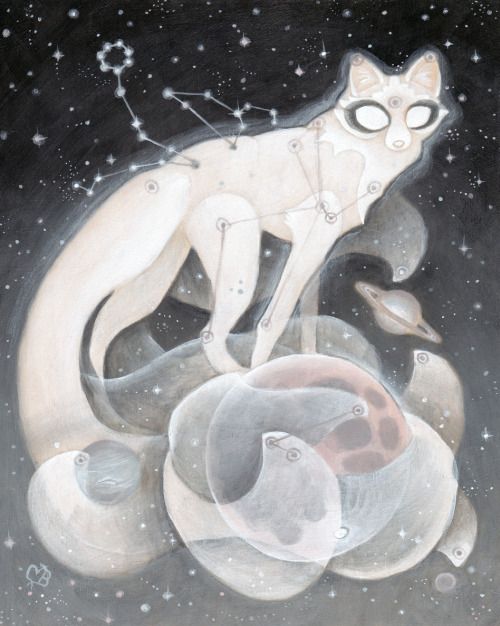 The first day of winter. Time to bring out the cold relief brigade.

1. L'Agent by Agent Provocateur
A deep dark incense with hints of leather. Use this with a light hand even in cold weather but when worn properly this is a gorgeous spicy resinous incense on me.

2. Ambre Narguile by Hermes
The most deliciously calorific apple pie tobacco amber out there. I am always reminded of Moroccan pastries when I wear this.

5. Chanel Bois des Iles
The closest Chanel has ever gotten to gourmand territory and even then that is very little. A sensual classic sandalwood meets sparkling aldehydes and has hints of French pain d'epices. Supporting the act carnations, cloves, and hints of peaches of bergamot. One of the most elegant and femme wood scents ever created.

7. Oppoponax by Les Nereides
Like the glow of well polished wood. Lovely stuff in cold weather just enough powder and resin to keep you through the day.

8. No. 19 Warm Carrot by Cognoscenti
I adore this mesmerizing spicy carrot scent. Perfect in chilly weather, it is luminous, sensual, and calm.

9. L de Lolita Lempicka pure parfum
The scent of oranges, cinnamon, and vanilla in a nest of immortelle. An instant mood brightener and a delicious gourmand. 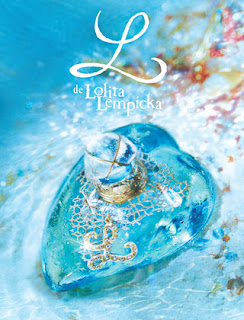 It you stay perfume enthusiast long enough you will find two things 1) Over time things you bought randomly or cheaply or both will sometimes become perfume treasures and 2) you will go through a few "It" note trends. L de Lolita Lempicka pure parfum encompasses those two experiences easily. 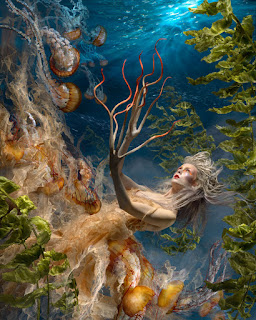 L de Lolita Lempicka is the perfect example of the perfume cycle, originally released in 2006 as the first new perfume from Lolita Lempicka it was never quite marketed right. The visual is a mermaid and the bottle a fun blue ocean hued shaped pebble with an oceanic motif. I love it, but inherently it probably confused many because inside is the ultimate gourmand mixture of vanilla, cinnamon, and orange all on a bed of maple infused immortelle. This is not a typical tropical beach scent but rather a beach scent for craggy coastlines or coasts that know all too well cold winter storms, it is sunny in that it is the bright light with brisk winds. I reminded of French coastline in Normandy and Brittany and you are eating an delicious buttery pastry of some sort.

More confusing to the average perfume buyer is the immortelle note, now this is probably the most likable immortelle you will meet but L has that heaviness of immortelle that probably takes awhile to get used to. Immortelle right around the time L was released enjoyed a brief moment in the spotlight, we in the perfume community were wanting salty maple laced notes and immortelle could provide that. L is the only mainstream release that I can think of and since then that featured immortelle but not much has happened since its release in mainstream perfumery with the note.

The scent was created by Maurice Roucel and is not completely original, it bares quite a bit of resemblance to his other creation Frederic Malle's Musc Ravegeur, the difference of scents was that L was more vanilla forward and used immortelle where as Musc Ravegeur was about musk and vanilla with spices and featured a more fougere quality. The thing is they are both examples of very modern perfumery, neither of them go through many changes on the skin but rather keep a constant reverberation of vanilla and spice going. Nothing wrong in that though because frankly they just smell really good.

L de Lolita Lempicka in the pure parfum version smells a great deal like the eau de parfum variation. the main difference being a tiniest hint of patchouli and hints of cocoa in the drydown. The citrus is more tampered down and thus the vanilla, cinnamon, and immortelle are the main stars. The lasting power is incredible and it is a scent truly meant for cold weather. 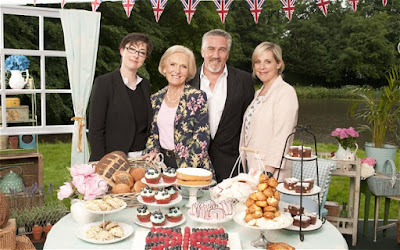 Recently a season of The Great British Bake Off showed up on Netflix and I am in heaven. This is the first reality show in a very very long time to catch my attention (the last was the very early seasons of Project Runway). And I'm not alone, suddenly in the US we are mad* for it and with good reason, if this is what reality competitions were all the time then I would watch a whole lot more of them. There is no giant prize, there is camaraderie, everyone is exceptionally civil, and it is all about being creative. The point is to prove you can bake and that is it. Plus, I love Sue Perkins ever since I watched the whole Supersizers series.

So as I have been watching the series I have been thinking of all the inventive and delicious combinations the bakers have been coming up with and have been feeling rather inspired myself (pain d'epice may be happening today). This then all led to me having a sudden Pop Culture Fun Series inspiration. I wanted to do a list of scents with qualities that lend themselves the most to describing baked goods.

Next up PHI Une Rose de Kandahar by Tauer Perfumes, the beginning of PHI has one of the most phenomenally delicious beginnings I have ever smelled. Perfectly tart sweet apricot, sweet bitter, almond, and delicious cinnamon pastry. It makes me think of apricot turnovers that have met the Moroccan dish B'Steeya. I can totally see someone trying to pull that off on The Great British Bake Off.

Tarte Tatin meets One Thousand and One Nights, that is how I would describe Hermes Hermessence Ambre Narguile. Supposedly this is inspired by the scent of a hookah, but many perfume lovers will attest that this reminds them the most of sweet caramelized apples. I can attest to the apple connection to the time I did make sweet caramelized apples in the oven and the scent that permeated my home at the time was intoxicating and very very reminiscent of Ambre Narguile. Ambre Narguile takes Tarte Tatin and laces it with cinnamon and sesame and the scent becomes one of the most intensely glorious gourmands you will smell.

Subtly sweet bread, Bois Farine by L'Artisan. I wish I had kept my sample longer of this one because indeed it smelled like bread, sweet bread, think challah or brioche. This is a scent way to ahead of its time. This scent is the love song to the scent of flour and the wondrous things it does when it becomes bread. I suspect Paul Hollywood would dig it.

*Please excuse the sudden use of British lingo, can't help it, happens every time I get into a good UK import.

image from http://www.telegraph.co.uk/culture/tvandradio/great-british-bake-off/11844710/Where-the-Great-British-Bake-Off-goes-we-follow-but-should-we.html
Posted by Unknown at 8:15 AM 2 comments: