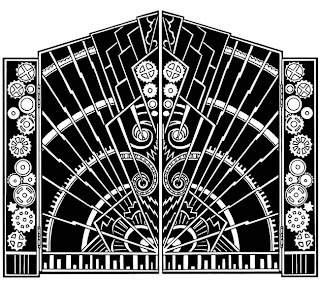 I've decided to add something new to the review catagory: Perfume Vignette- basically my first thoughts on a fragrance, more or less a small fragrance review.
I remember when Alexander McQueen's MyQueen came out, I was excited, the notes had been released and they sounded right up my alley, notes: sweet almond, violet, orange flower absolute, white musk, heliotrope, white flowers, patchouli, cedar, vetiver, iris, vanilla. Well, it was far more insipid that expected, bared an insane resemblance to the just released at the same time Alien by Thierry Mugler (they both even had purple bottles), I was very disappointed. Today, I gave it a chance to see what really developed. The beginning is violets hitting on the plasticy side, immediately moving in is the powedered pepper effect of the iris, vetiver, and cedar laced with the heliotrope and violet. Overall the effect is strange and comes off as sweeted white pepper powder with hints of green notes. The dry down a vanillic white musk with hints of peppered green powder.
Posted by Unknown at 4:17 PM 1 comment:

Sometimes I just need to evoke things through scent, transport myself beyond my surroundings, and into something far more meditative or tranquil. My experiment today is to evoke the concept of a jungle floor, for this I put on Origins Ginger Body Souffle with Neonatura Cocoon, so far I am getting earthy patchouli of Cocoon and and the pungent spicy clean menthol citrus scent of the body souffle. I'm enjoying the feeling.
Posted by Unknown at 7:47 AM No comments: 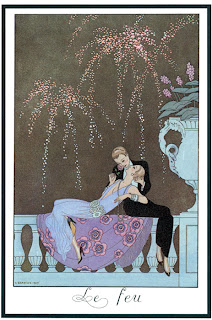 Because sometimes you need the purely feminine and in my case that requires the scent that always reminds me of champagne, the fuzz of peaches, and freshly bathed and powdered skin: Chanel 5 (the form I use being the sensual elixir, with its dab application, makes it feel especially sensual and luxurious).
Posted by Unknown at 8:22 AM No comments: 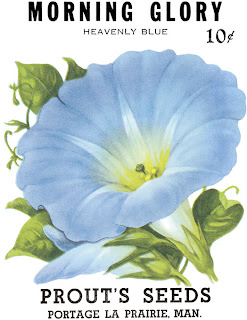 The only image of mine that I found fitting for the first day of May. To celebrate May, yesterday I bought a lily of the valley plant, or as it is called in muguet (and the truth is that Francisco bought it for me), which is traditionally in France given to friends and family on the first day of spring. It is also one the first perfume notes I truly loved. I am saddened to realize that I don't have any lily of the valley fragrances in my collection. The only fragrance that I have with a prominent note of Lily of the Valley, is Be Delicious, which is what I am wearing today. Happy May Day!

Posted by Unknown at 8:09 AM No comments: