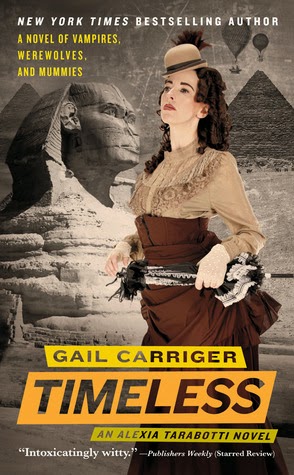 So I just finished the delightful confection of a series, The Parasol Protectorate by Gail Carriger, and after reading the series for the last few years knew I had to do a post for perfuming the characters. It helps that Carriger assigns certain scents to her characters in the book that I immediately had an idea of what would go with them. So without further ado, here is my fragrance assignations to the characters of The Parasol Protectorate by Gail Carriger.

Alexia Tarabotti, later Lady Maccon.
This was far too easy considering Carriger describes through Conall Maccon that Alexia smells of "vanilla and cinnamon." The first scent that came to mind was L de Lolita Lempicka, that absurdly delicious combo of vanilla, cinnamon, orange, and musk. Yet, in the last book Timeless when they were in Egypt, Conall then describes her smelling much like a delicious Egyptian pastry. I then thought of the delicious scent of Hermes Ambre Narguile which also uses vanilla and cinnamon, highlighted by powder, tobacco, apples, and dates. So for me Alexia has two scents: L de Lolita Lempicka or Ambre Narguile.

Madame Genevieve Lefoux
This also was a fairly easy first identification, Genevieve is frequently described of smelling of "motor oil and vanilla" and dressing as a man in the series. I immediately thought of Bvlgari Black, a scent of vanilla, lapsang souchang, leather, and funky urbanism. It is one of the most interesting vanillic scents you can try and immediately fit Genevieve. Yet, as I thought about it more I could not help but think that L'Artisan's Dzing! would be an excellent fit also with the use of vanilla and combination of saffron and leather notes giving it a rather motor-y quality.

Ivy Hisselpenny
So for Ivy I knew that her scent was going to have to be big, over the top, and agreeable. As much her style is discordant her character while trying to be actress-y as possible is also jolly and rather agreeable. I immediately knew she was Victor&Rolf's Flowerbomb, the scent of fruits, caramel, and really well behaved patchouli and vanilla yet it is extremely effusive. You know when you are in the trail of Flowerbomb and for the most part you don't mind even if it is rather ridiculous at times.

Lord Akeldama
To some extent scenting Lord Akeldama was almost like scenting Ivy, they both shared the need for scents that are big and over the top. My first thought was to Jean Paul Gaultier's Fleur de Male if there was ever a scent to hit the sweet spot of very sweet, fluffy, feminine, but kept some masculine qualities this is the one. The bounce of intensely fluffy powdery white orange blossoms with Gaultier musk just makes me think of Akeldama, but I would also add I can easily Akeldama wearing Classique, that spiced boudoir powdery floral of Gaultier's.

Biffy
Biffy is the epitome of the perfect dandy and that is why I can easily see him in that perfect dandy of a scent, Guerlain's Jicky. That lavender confection of musk and vanilla fitting perfectly with his immaculate style and sensibilities, but by the end of the series Biffy's status in life has changed quite a bit, and I see him while still wearing Jicky on his days of relaxation, but his new scent is Dior Homme. That powdery iris chocolate scent that belie's a bit more power and confidence in his new role in life.

Professor Lyle
Lyle's scent was going to have to be simple, discreet, and very calm. I easily saw him in the easy calm creamy sandalwood scent of Diptyque's Tam Dao. It is unobtrusive but unique easily going with the character of Lyle.

Conall Maccon
This was a bit of a stumper for me, because well the reality is Conall is easily a character I can see not wearing anything at all, but I can also easily imagine at some point Biffy, Alexia, and Akeldama basically in their own ways making him wear a fragrance for events. So I see them choosing Burberry's London for men, a scent of peaty scotch and earth, an easy reference to the Highlands he comes from. He will grumble about it but I imagine every once awhile when no one is noticing he will sniff the bottle with a tiny very masculine sigh of pleasure. 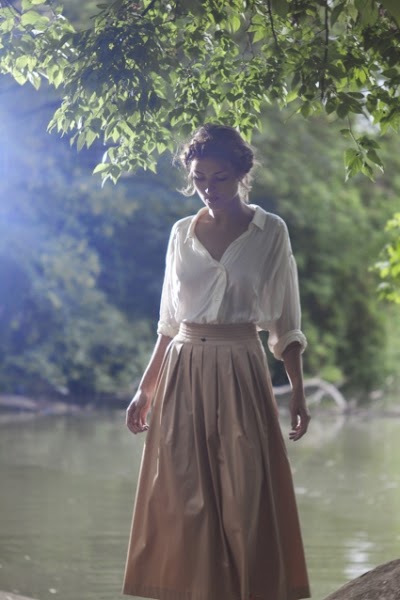 I remember earlier this year reading about about Au Pays de la Fleur d'Oranger's Neroli Blanc eau de parfum intense on Now Smell This and very much wanting to try it. It is rare when something new and delightful happens in orange blossom scent land and rarely does it come with non-lunatic price tag. Yet, time passed and then I got a wonderful email from Virginie Roux of Au Pays de La Fleur d'Oranger asking if I would like to try their scents and  I replied of course I would like to try their scents. So yes the sample was provided by the company but this is my own honest opinion of this scent.

It is fact for me the perfect combo of two things I wanted to like more but did not. I recently got a sample of Elie Saab Le Parfum eau de parfum intense and loved the beginning of it where it had this delicious chew honey fruit note combined with the Francis Kurkdjian orange blossom accord unfortunately as time passed it became my rather well loved regular old Elie Saab Le Parfum. Then there is By Killian's Love aka what he himself describes as an orange blossom marshmallow, which I found to be too sweet, the orange blossom becoming cloying as time passed. Well Neroli Blanc eau de parfum intense trumps those two, it is able to combine what that chewy fruit note that I love and keep the sweetened gourmand aspects in check.

Overall the longevity is excellent as is the strength, you will get lovely wafts through out the day but it is not overpowering. The effect is soft and alluring, this most definitely romantic but it is not a bombastic romance the appeal somewhere along the lines of cozy kindness and the perfect summer dress.

image provided by http://www.uncarnetsanspages.fr/2012/03/concours-les-lumieres-de-la-pluie/
Posted by Unknown at 7:38 PM 2 comments:

I swear I do this too often..a return?

Oh perfume blog land suddenly I want to return. Go figure, or maybe I should say this is all the roses fault, the fault being of LUSH's Rose Jam scent that has suddenly made me go down the rabbit hole of rose grails specifically jammy rose searches. The best find so far being Jo Malone's Velvet Rose & Oud, which was a shocker for me. Jo Malone and I have never really met in the chemistry department (the orange blossom one becoming jasmine indolic on me, the pomegranate noir spiced patchouli, and the red rose one very green and stemmy) until a random spritz of VR&O and it was heavenly rose liquor. So lovely and exotic but very amiable in the just smells gorgeous department but then because perfume lovers are absurd you suddenly have that quest of wanting to smell all of those edible roses. Am I back? Probably for a time.
Posted by Unknown at 9:06 AM No comments: