Tropics with No Vacation In Sight: Elle L'Aime by Lolita Lempicka 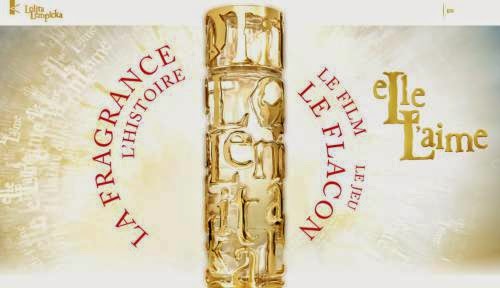 I'm in school this summer. I've been able to chug away easily for the most part in my program since it began last fall but taking classes in the summer is officially a drag.  One of the things making it such a drag is I currently have one of the world's most overly verbose instructors.

What taking classes in the summer has meant the most though is that I have had no real vacation in awhile. I have had a week off between quarters and that has been since last December/January. Currently serving as one of my vacation getaway scents is Lolita Lempicka's Elle L'Aime. A scent that seems to have not reached the US fragrance counters with much ado. What that has meant is that online you can get an absurdly excellent price. 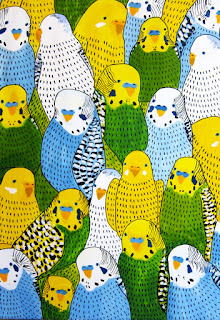 Elle L'Aime is maybe a perfect beginner scent for those of us leary of tropical scents. It is tropical no doubt but thankfully it is not overly heady or overly sweet. It starts off with a sweet lime and coconut accord that is perfectly blissful, in fact it is gone to soon. Then comes a rather lovely sweet creamy white flower heart with hints of ylang ylang (as you know a favorite of mine) just clean enough that it won't feel heavy in the heat. Finally the scent lands in a mix of creamy florals and woods. It is a shock that Elle L'Aime has  a good and unique dry down, the mixture of florals and woods creates a much more sophisticated scent than expected. Christine Nagel and Serge Majoullier are able to work some serious magic with undoubtedly very synthetic ingredients smelling surprisingly natural in the drydown. Christine Nagel's taming hand of heady florals can be seen in this scent also.

Overall Elle L'Aime suffers from the fact that the marketing of scent seems a bit juvenile and well the bottle leaves something to be desired. It is a polished take on an everyday tropical scent which you would think would have a fairly large audience here in the US considering how popular Estee Lauder's Bronze Goddess is or the many other tropical scents that are well loved here. Yet, Lolita Lempicka seems to have at some point given up on the American market.

Empressa or Penhaligon's Hacks Out Their Own Coco Madamoiselle 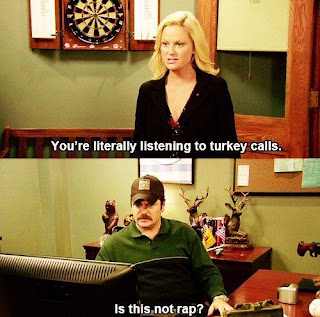 I'm going to be honest my reaction's to Penhaligon's Empressa have been rather crass. They have been somewhere along the line of "Victorian my ass!" I know that is rather severe but I have to tell you it is because Empressa is such an utter disappointment in the creativity/new department.

Empressa is Chanel's Coco Mademoiselle with a bit more fruit, a heightened rose, and a better defined woody dry down but let it be clear Empressa is a fraternal twin to Coco Mademoiselle. There is no getting around the fact that the structure and inspiration for Empressa is Coco Mademoiselle. They amped the patchouli and reduced the vetiver and jasmine. They added an inkling of fruitchouli.
The worst part for me may be the damned ad-copy that suggests that this is Victorian era inspired scent that suggests faraway lands. There is nothing Victorian or faraway lands about this unless your idea of a faraway land is the Chanel makeup counter, then land ahoy for you.

So how did this get created? My thought's Penhaligon's looked at their roster of scents and reputation and thought must get that "Young Modern Woman" demographic and looked to the perfumer Christian Provenzo and said "Just make it Coco Mademoiselle, tweek it a bit, and we are set." Apparently they are set because if you go to the Penhaligon's website Empressa is currently being proclaimed as one of their bestsellers.

Does Empressa smell bad? No, but the joke is you can basically get this for cheaper from Chanel. For me Empressa just feels like a gross example of a scent that was utterly created by marketing. On the other hand they way Penhaligon releases perfumes these days as though they throwing out whatever they have to see what will stick maybe they found that gum everyone wants to chew.

Image from Little Movie Nerd
Posted by Unknown at 7:15 AM No comments: 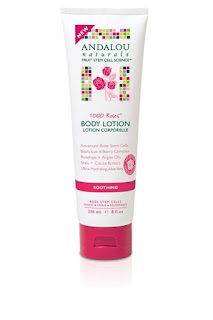 What can I say with the humidity that suddenly struck the Bay Area the last week I did not want my usual after shower body oil. Instead I reached for the exquisitely scented Andalou Natural's 1000 Roses Body Lotion. I have been meaning to write about this gorgeously scented body care line for awhile because and I stand firmly by this, it is one of the best rose scented body products out there on the market in affordability and scent. 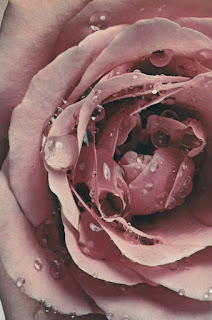 1000 Roses is on the sweeter side, which may be its one major caveat for some, on the other hand to me 1000 Roses is gorgeous take on a rose water scent. But imagine a rose water scent that hints at greenness, ripe sweet apricots, and just the tiniest bit of earthy violet to keep it a little bit grounded. I love it and in the humidity it wonderfully cooling and refreshing. At night it feels especially luxurious and feels a bit dreamy when getting ready for bed. The formula of the body lotion is wonderfully non-greasy and sinks into the skin quickly leaving you feeling moisturized and refreshed. The body wash is just as delightfully aromatic and moisturizing and makes the bathing experience far more lovely. Currently I am tempted to try and get my hands on the Body Cream of 1000 Roses but if I do I am saving that for winter. Either way if you are a rose lover I highly recommend the 1000 Roses body care line by Andalou Naturals. The line features a true rose scent that is far more luxurious than it has any right to be.

Try if you like LUSH's Rose Jam line and Diptyque's Rich Creme Riche.

A Flutter of Loveliness: Blush by Marc Jacobs 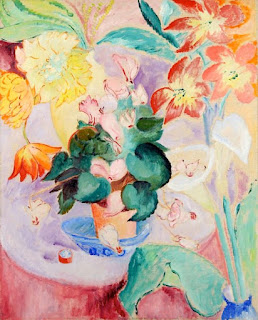 As I sit here in the doldrums of summer experiencing a humidity rarely felt in California I am feeling the extreme desire for nothing heavy or sweet. When it gets to this point I reach for colognes or a cooling fresh floral. My answer for the cooling fresh floral is Marc Jacob's Blush. Marc Jacob's Blush is one of those forgotten scents of the early 2000s. Once again it was a bit too early for its time. If released now I suspect it would have stayed on the fragrance counters for a bit longer than it did.

Blush is in the family of L'Artisan's La Chasse aux Papillons, in fact they smell very similar in some aspects that I have wanted to call Blush an almost dupe. Yet, I actually think Blush is the edgier scent for the inclusion of one note in particular: star anise. Blush takes the clean musky florist florals of La Chasse and adds a hint of spicy licorice star anise and in addition it then adds a green peach skin note. The scent then takes on an almost animalic cleanness that is furthered by the clean sweet jasmine note that I find so similar to La Chasse. Blush is interesting combo of the cool florals of La Chasse and cool green spiced peach note, it feels like an almost spiced peach oolong tea scent. In hot weather it is absolutely refreshing. The spiciness of the star anise lending exquisite grounding effect to the scent. It also is the rare scent that emphasizes jasmine that I can handle.