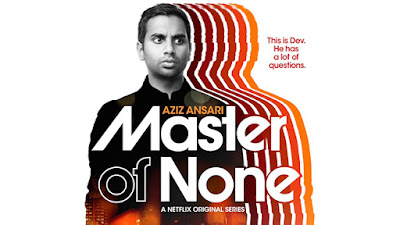 So I recently finished the new Netflix comedy Master of None created by Aziz Ansari and Alan Yang. I've been a fan of Ansari's for awhile beginning with Human Giant, loved him on Parks and Recreation as the absurd Tom Haverford, and last year read his book Modern Love a surprisingly smart and funny book. I say surprisingly smart because I am a fan of comedy writer books but frequently have found many actually can't write a book and Ansari actually wrote a decent book about modern dating that was funny and shockingly backed up by real research. So to say I was excited for Master of None is an understatement. I like an Ansari he is funny, his humor can be dirty, and yet he seems to be genuinely not an asshole. After reading Modern Love I knew he could tackle issues with an excellent humor perspective that could be smart and sharp and what I think makes Ansari so great is the guy has a clear sense of empathy. I mean the guy can tell dirty jokes with the rest of them but he is not a derogatory asshole. 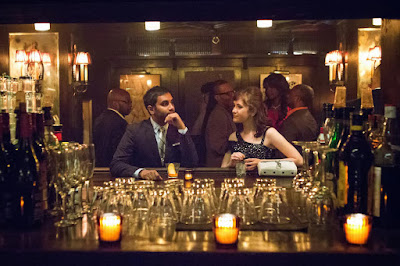 So as I expected Master of None definitely is about modern romantic relationships, it tackles lots of other issues as well such as race representation, but the main underlying theme of this show is modern romance. That is okay, especially when it is done well. Dev is a romantic, Aziz Ansari is a romantic, and Tom Haverford is a romantic, hell Ansari wrote a book about modern dating this is clearly a zone he likes to be in.

So as I watched Master of None it also became apparent to me that this show has a clear sense of style. Dev is a stylish guy, he is a guy who is into sensory experiences, especially food, his apartment (however unrealistic for New York) is clearly been decorated with care and a sense of intellectual romanticism. His first date with Rachel involves taking her all the way to Nashville. Dev of course wears perfume, in fact as I watched more I clearly knew that this character would have spent time making sure these perfumes represented his character well. They would be stylish but definitely romantic, in fact they would probably classic and yet not run of the mill. In fact I have a scene in my head of him and Arnold roaming around Sephora while Dev tries to find the perfect perfume and he is making Arnold smell all this stuff. 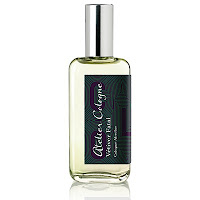 Dev's everyday scent is Atelier Cologne's Vetiver Fatal it has that plum note that appeals to the gourmand in him and yet the fresh earthy citrus aspects of vetiver wears excellent in New York. The scent is neither too fresh nor too off-kilter, it just smells really good and makes for an excellent everyday wear without smelling like everyone else. The scent is unobtrusive but has character, excellent if you are constantly interacting with people like an actor does. 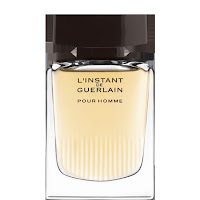 The scent though that represents Dev to me the most is Guerlain's L'Instant pour homme. This is Dev's going out scent. It is combination of romance, gourmand, and intelligence all of the things Dev wants to represent. it is a extremely likable never aggressive scent. The cocoa note of course speaks to Dev's love of food and the sandalwood is an excellent all around smell but not intense and overbearing. It's romantic but never tries to be a lothario.

First image from Complimentarycritic.com
Second image from cimg.tvgcdn.net
Third image from ateliercologne.com
Fourth image from makeupalley.com
Posted by Unknown at 9:45 AM 3 comments: 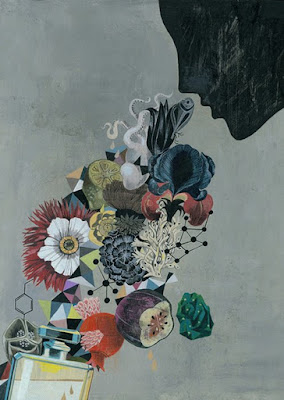 Dulcedinis Moschus
If you are a fan of Egyptian musks this probably the closest in the Al Faransi collection to that type of musk. This has a sweet tangy clean floral quality I associate with Egyptian musks going through it. I did find it had a bit of animalic note going through it that caught me off guard but eventually Dulcedinis Moschus softened into a very clean sweet soft scent on me. Try if you like Auric Blend's Egyptian Goddess.

Musk Massilia N.2
I would say that Musk Massilia N.2 is Al Faransi's other take on the blackberry musk genre. Instead of going sweet and smooth though, Al Faransi takes blackberry musk into a whole new direction, the fougere direction. The fougere quality is created with a high quality high altitude lavender, the smooth fluffy quality of the lavender tells me it is high altitude lavender. Complimenting the berries is a spicy woody note that makes me feel that Musk Massilia N.2 does best in cooler weather. Below this is a rather luminous salt tinged musk that amplifies the spiced berry quality of the scent. Try if you like Guerlain's Jicky, Montale's Fruits of the Musk, or Bois de Paradise by Parfums DelRae. 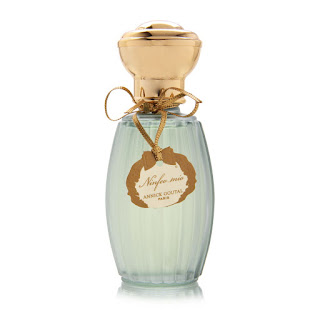 Last year I was bemoaning the lack of fig and then I found a very true to form fig in Lucy B's Apothecary Royal Green Fig and Vanilla . Somehow in my years I had never gotten around to sniffing Annick Goutal's Ninfeo Mio, I regret it, because Goutal released one of the most interesting fig scents I have ever smelled. 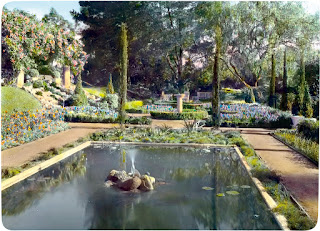 Ninfeo Mio is the scent of a summer garden for me. All the ad-copy will suggest watery spring garden in Rome but for me Ninfeo Mio is an early summer garden with the last remnants of spring holding on. Ninfeo Mio starts with a buzzing candied citrus note combined with the friendliest galbanum note you have ever met. I can't help but think of bees buzzing around in a grove of citrus trees with blossoms and ripe fruit at once. There is a sweetness in the scent that suggests the imagery of candied citrus or lemon peel in honey and yet not an ounce of this is cloying because Isabelle Doyen is keeping it all in check with an easygoing galbanum. The green herbacious note of galbanum is the perfect balance note to the buzzing sweetness of the citron and lemon. It also plays the chauffeur to the next stage of the scent. 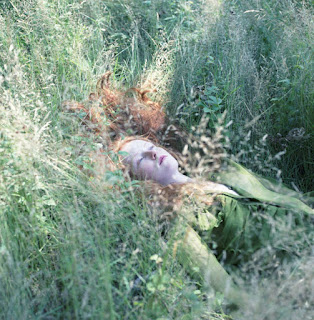 Fig is frequently paired with galbanum, galbanum playing well with fig's green notes, yet sometimes they can be an overly harsh pairing on me. Not in Ninfeo Mio, the fig of Ninfeo Mio is all creamy goodness, this is the afternoon of the garden. The buzzing of the bees is gone because everyone is taking a nap in the heat, the citrus keeps going combined with the figs and galbanum, the effect is a milky green quality. It reminds me of the color of celadon.

The third stage of Ninfeo Mio is perhaps the one that catches everyone off guard the most. I like to think of it as the early evening stage. Everyone is awaking from their naps there is a tinge of clean sweat, you can smell the evergreen trees giving off the their resinous scent with the coming of a cooling evening. The animalic note of sweat is utterly there but instead of being off-putting Doyen is genius because it is balanced with resinous note of mastic and creamy fig. One thing I noticed about this clean sweat note is that it is far more pronounced if you spray the perfume but if you dab Ninfeo Mio on it is relatively mild. 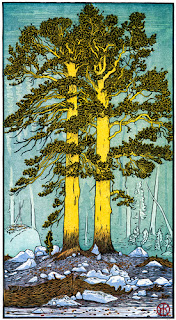 Finally Ninfeo Mio settles into creamy resinous combination of fig and mastic there are still hints of citrus but the overall effect is milky green. The effect of Ninfeo Mio feels like going through a full day in a garden on the first warm day of summer, the green is still there, in fact it is peaked at its most lush levels but dry summer heat is edging in.