I figured I needed to do a fragrance review considering I haven't done one in so long, so out of my box of samples I chose Ava Luxe's Tea Rose. Her note listing for the scent is: tea rose and green notes. The scent is pungent as is to be expected with tea rose scents, it has a hint of spice but overall tea rose scents have always smelled slightly lemony to me with a hint of airy notes. I consider them the original precursor to Calvin Klein's Eternity (which to me is a tea rose scent amped up with white flowers and ozone notes and all together headache inducing). This one luckly is not headache inducing. As the scent enters its middle stage in takes on an almost indolic quality (think there must be a little jasmine in this blend), it then drys down to a green musk laced with rose. The image that pops up into my head for this for a young wannabee hippie girl who doesn't want to wear patchouli oil but wants to wear some oil and so she chooses this. Just not a scent for me, although I do remember once mixing it with Egyptian musk oil and finding the combo quite nice.
Posted by Unknown at 10:06 AM No comments: Links to this post

The uniquely fleshed White Sapote (as shown above)

So as things go I stopped at Safeway a few days ago and because I love roaming around the produce section and seeing what is new and interesting I spotted these two unique and expensive tropical fruits. I knew immediately was the scaley looking one was, a cherimoya, for a few years now I have been dreaming about trying a cherimoya, they have a following (a bit of a secret organization for a fruit, intensely delicious yet no one talks about it), and well a few years ago I read an article about them, and ever since then I've been wanting to get my hands on one. I finally did and yes what an incredible flavor, something of creamy peach with a hint of strawberry, and bizarrely enough I was getting a hint of saffron in flavor. Basically this is the lobster/filet mignon of the fruit world. I bought one and now I really want to buy another.

On to the White sapote, also known as the custard apple with good reason. I will admit I wasn't to entranced with the flavor, a hit of sweet grass with cucumber, and avocado, but the texture on this thing is killer. What a lovely creaminess, not as creamy as an avocado, but this is the only other fruit that I actually say is creamy. I also only bought one.

Posted by Unknown at 11:05 AM No comments: Links to this post

Just a little perfume quiz which is surprisingly right

The irony the one fragrance that definately has lavender is Sarah Jessica Parker Lovely and it is the one that Francisco complements me the most on. And I do wear a ton of vanilla. As for orange well I love orange blossom scents. The pine I really couldn't say much about.
Posted by Unknown at 8:14 AM 5 comments: Links to this post

Gone For So Long 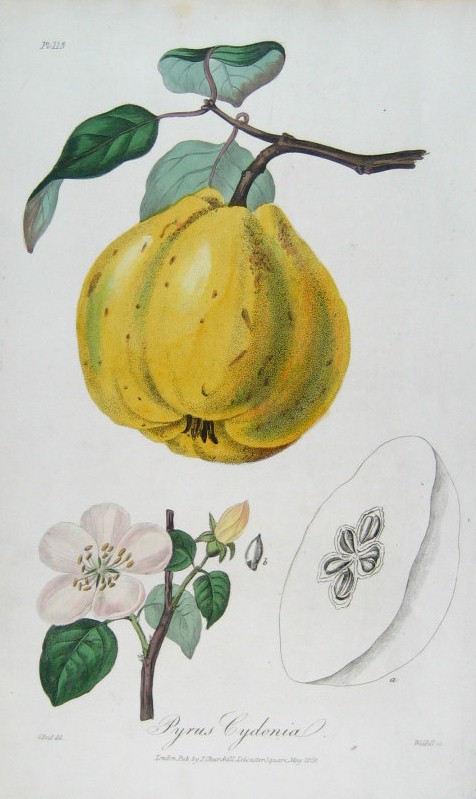 The last two months since my last post have gone by so fast and well have been full of stress and more stress, all culminating in me getting sick on Christmas Day, and then two weeks later getting sick again. Yet, a great deal has happened since my last post. I baked my first almond macaroons, a baked like a nut for the holidays (which included in one day baking two cakes and a batch of cookies and on another day cooking two types of curd, cranberry and lemon, and another batch of cookies). I now have a kitchenaide and I have still yet to use it, but this can be expected of me, when it comes down to new kitchen gadgetry I have am so happy and excited I am getting the months before hand but when I do get I'm not quite sure the first recipe I want to use on it (same thing happened with my food processor, but now I constantly use it). I suppose I am waiting for that first recipe that gets me going.

One of my biggest joys has been getting to know the much amazing quince (as pictured above.). I first used it on Christmas day in Nigella Lawson's roasted quince recipe and well since then my world hasn't been the same. The irony is how fashionable the quince has become this year, yet what astounded me was where I found my first quinces, which was at Mi Puebla, a Mexican supermarket chain, although why I was is beyond me, considering the quince which is known as membrillo in Spanish and holds a special place in Spanish cuisine , is obviously something that has been exchanged between Mexican and Spanish cuisine, yet considering all of the Mexican cook books I have looked at have never once mentioned quince, maybe my shock isn't too odd. Quite frankly the scent of them and the guavas mixed together was pure beauty. Later on when shopping in Safeway they had a special on Quinces and went a little nuts, so far I have made quince glaze (which turned into a glorious coral color and quince brandy).

As far as my liquor making goes: I have finally bottled up my strawberry raspberry brandy and put half a vanilla bean in each bottle and I have started on another batch of Lemon liquor. I also have the quince brandy coming along.
Posted by Unknown at 9:24 AM 2 comments: Links to this post